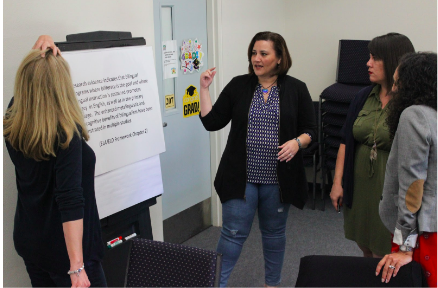 The California Reading and Literature Project, UC San Diego has a well-established track record of excellence in the areas of literacy instruction and language development.  Formed in 1997 and originally housed at San Diego State University, in 2008 the Regional site was relocated to the Center for Research on Educational Equity, Assessment, & Teaching Excellence (CREATE) at UC San Diego.  Since CRLP UC San Diego’s establishment, we have been proud partners of literacy professional learning with over fifteen school districts and charter schools:

The schools listed above are not the only schools where CRLP can or has worked. If you would like your school’s name added to our list of places where we have been, contact us.

Theme by Anders Noren — Up ↑